Elections for Amsterdam’s city council, district committees and the administrative committee for Weesp district are coming up on Wednesday, 16 March. If you prefer to vote early and avoid the crowds, some polling stations will also be open on Monday, 14 and Tuesday, 15 March. Candidates for the elections have now been announced. Deciding who to vote for can be difficult. The City of Amsterdam has created 2 voting guides to help you make a choice. 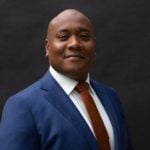 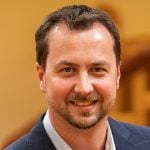 Reminder: how it works

Elections for the city council and the district committees are held every 4 years. Non-Dutch citizens are also able to vote if they meet certain conditions. You can find out it you are eligible at amsterdam.nl/who can vote. If you are eligible, you will automatically receive a voting pass in the mail. For the city council, you can vote for the candidates of the political parties. Candidates of the parties that have won seats sit as councillors. Each municipality has a municipal council and a college of mayor and alderpersons. Together they form the municipal administration. City councillors listen to residents and decide how the city budget is spent.

In addition, each district has its own district committee. Candidates from both political and non-political parties and groups are eligible to stand for election. The district committees are made up of representatives from the neighbourhoods. They pass on advice about the situation in the district, both on request and of their own volition.
Weesp
On 24 March, Weesp officially becomes part of the City of Amsterdam. In addition to the 7 districts, Amsterdam will also include the Weesp city area. As of 24 March, Weesp no longer has its own mayor and alderpersons. Residents of Weesp can vote for the city council of Amsterdam in the 16 March municipal elections. They also vote for their own administrative committee for the Weesp urban area.
Voting from the age of 16
In previous elections, only citizens aged 18 and over were eligible to vote. Now, for the first time, 16- and 17-year-olds may vote for the district committees and the Weesp administrative committee. A minimum age of 18 still applies for the city council elections.

Help, who should I vote for?
2 voting guides have been developed especially for Amsterdam: 1 for the municipal elections and 1 for the committee elections. These voting guides can help you make your choice. You can find them on amsterdam.nl/verkiezingen (in Dutch).
More information: Elections – City of Amsterdam

Driemond is currently part of the Zuidoost district but will be part of the Weesp urban area from 24 March. In the elections, residents of Driemond can vote for the city council of Amsterdam and for the Weesp administrative committee.